The last fortnight has just flown past! We have been getting into the rhythm of being on holidays, a difficult task for yours truly as the workaholic I am! Meanwhile we have also caught a lot more fish (up to 57 now, 53 were released), have been keeping up with the studies and little A has been (mostly) enjoying a broad range of new foods and experiences. The book is on hold for another week or two while I finish another project off.

Photos are added every few days to the flickr album. 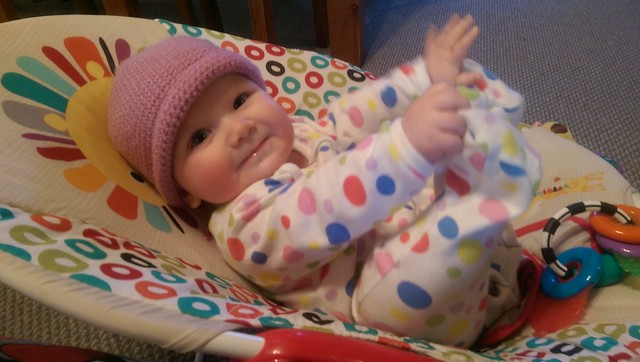 My studies are going well. The two (final) subject are “Law, Governance and Policy” and “White Collar Crime”. They are both great subjects and I’ve been thoroughly enjoying the readings, discussions and thinking critically about the issues therein. The White Collar Crime topic in particular has been fascinating! Each week we look at case studies of WCC in the news and there are some incredible issues every single week. A recent one directly relevant to us was the ACCC suing Heinz for a baby food advertised as “99% fruit” but made up of fruit concentrates and purees, resulting in a 67% sugar product. Wow! The advertising is all about how healthy it is and how it developed a taste for real foods in toddlers but it basically is just a sugar hit worse than a soft drink!

We have been doing fairly well and the largest trout so far was 69cm (7.5 pounds). We are exploring the area and finding some great new spots but there is certainly some crowding on weekends! Although Thomas was lamenting the lack of rain the first week, it then torrented leaving him to lament about too much rain! Hopefully now we’ll get a good mix of both rain (for fish) and sunshine. Meanwhile it has been generally much warmer than Canberra and the place we are staying in is always toasty warm so we are very comfortable.

Catchups in Wellington and Auckland

We are planning to go to Auckland for Gather later this month and to Wellington for GovHack at the end of July and then for the OS/OS conference in August. The plan is to catch up with ALL TEH PEEPS during those trips which we are really looking forward to! Little A and I did a little one day fly in fly out trip to Wellington last week to catch up with the data.govt.nz team to exchange information and experience with running government data portals. It was great to see Nadia, Rowan and the team and to see the recent work happening with the new beta.data.govt.nz and to share some of the experience we had with data.gov.au. Thanks very much to the team for great day and good luck in the next steps with your ambitious agenda! I know it will go well!

Last week we had our first visitors. Thomas’ parents stayed with us for a week which has been lovely! Little A had a great time being pampered and we enjoyed showing them around. We had a number of adventures with them including some fishing, a trip to the local national park to see some beautiful volcanoes (still active!) and a place reminiscent of the Hydro Majestic in the Blue Mountains.

We also visited Te Porere Redoubt a Maori defensive structure including trenches, and a visit to the site of an old Maori settlement. The trench warfare skills developed by the Maori were used in the New Zealand wars and I got a few photos to show the deep trench running around the outside of the structure and then the labyrinth in the middle. There is a photo of a picture of a fortified Maori town showing that large spikes would have also been used for the defensive structure, and potentially some kind of roof? Incredible use of tactical structures for defence. One for you Sherro!

Finally, we had a small incident with little A which really showed how resilient little kids are. We were bushwalking with little A in a special backpack for carrying children. I had to step across a small gap and checked out the brush but only saw the soft leaves of a tree. I stepped across and suddenly little A screamed! Thomas was right on to it (I couldn’t see what was happening) and there had been a tiny low hanging piece of bramble (thorny vine) at little A’s face height! He quickly disentangled her and we sat her down to see the damage and console her. It had caught on her neck and luckily only gave her a few very shallow scratches but she was inconsolable. Anyway, a few cuddles later, some antiseptic cream and a warm shower and little A was perfectly happy, playing with her usual toys whilst Thomas and I were still keyed up. The next day the marks were dramatically faded and within a couple of days you could barely see them. She is healing super fast, like a baby Wolverine 🙂 She is happily enjoying a range of foods now and gets a lot of walks and some time at the local playgroup for additional socialisation.