Well, the last 3 months just flew past on our New Zealand adventure! This is the final blog post. We meant to blog more often but between limited internet access and being busy getting the most of our much needed break, we ended up just doing this final post. Enjoy!

Photos were added every week or so to the flickr album. 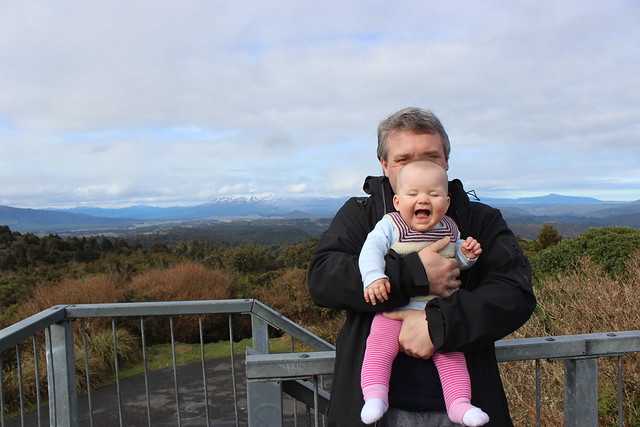 I was invited to spend 4 weeks during this trip working with the Department of Internal Affairs in the New Zealand Government on beta.data.govt.nz and a roadmap for data.govt.nz. The team there were just wonderful to work with as were the various people I met from across the NZ public sector. It was particularly fascinating to spend some time with the NZ Head Statistician Liz MacPherson who is quite a data visionary! It was great to get to better know the data landscape in New Zealand and contribute, even in a small way, to where the New Zealand Government could go next with open data, and a more data-driven public sector. I was also invited to share my thoughts on where government could go next more broadly, with a focus on “gov as an API” and digital transformation. It really made me realise how much we were able to achieve both with data.gov.au from 2013-2015 and in the 8 months I was at the Digital Transformation Office. Some of the strategies, big picture ideas and clever mixes of technology and system thinking created some incredible outcomes, things we took for granted from the inside, but things that are quite useful to others and are deserving of recognition for the amazing public servants who contributed. I shared with my New Zealand colleagues a number of ideas we developed at the DTO in the first 8 months of the “interim DTO”, which included the basis for evidence based service design, delivery & reporting, and a vision for how governments could fundamentally change from siloed services to modular and mashable government. “Mashable government” enables better service and information delivery, a competitive ecosystem of products and services, and the capability to automate system to system transactions – with citizen permission of course – to streamline complex user needs. I’m going to do a dedicated blog post later on some of the reflections I’ve had on that work with both data.gov.au and the early DTO thinking, with kudos to all those who contributed.

I mentioned in July that I had left the Department of Prime Minister and Cabinet (where data.gov.au was moved to in October 2015, and I’ve been on maternity leave since January 2016). My next blog post will be about where I’m going and why. You get a couple of clues: yes it involves data, yes it involves public sector, and yes it involves an international component. Also, yes I’m very excited about it!! Stay tuned 😉

When we planned this trip to New Zealand, Thomas has some big numbers in mind for how many fish we should be able to catch. As it turned out, the main seasonal run of trout was 2 months later than usual so for the first month and a half of our trip, it looked unlikely we would get anywhere near what we’d hoped. We got to about 100 fish, fighting for every single one (and keeping only about 5) and then the run began! For 4 weeks of the best fishing of the season I was working in Wellington Mon-Fri, with Little A accompanying me (as I’m still feeding her) leaving Thomas to hold the fort. I did manage to get some great time on the water after Wellington, with my best fishing session (guided by Thomas) resulting in a respectable 14 fish (over 2 hours). Thomas caught a lazy 42 on his best day (over only 3 hours), coming home in time for breakfast and a cold compress for his sprained arm. All up our household clocked up 535 big trout (mostly Thomas!) of which we only kept 10, all the rest were released to swim another day. A few lovely guests contributed to the numbers so thank you Bill, Amanda, Amelia, Miles, Glynn, Silvia and John who together contributed about 40 trout to our tally!

My studies are going well. I now have only 1.5 subjects left in my degree (the famously elusive degree, which was almost finished and then my 1st year had to be repeated due to doing it too long ago for the University to give credit for, gah!). To finish the degree, a Politics degree with loads of useful stuff for my work like public policy, I quite by chance chose a topic on White Collar Crime which was FASCINATING!

Over the course of the 3 months we had a number of wonderful guests who contributed to the experience and had their own enjoyable and relaxing holidays with us in little Turangi: fishing, bushwalking, going to the hot pools and thermal walks, doing high tea at the Tongariro Chateau at Whakaapa Village, Huka Falls in Taupo, and even enjoying some excellent mini golf. Thank you all for visiting, spending time with us and sharing in our adventure. We love you all!

Little A is now almost 8 months old and has had leaps and bounds in development from a little baby to an almost toddler! She has learned to roll and commando crawl (pulling herself around with her arms only) around the floor. She loves to sit up and play with her toys and is eating her way through a broad range of foods, though pear is still her favourite. She is starting to make a range of noises and the race is on as to whether she’ll say ma or da first 🙂 She has quite the social personality and we adore her utterly! She surprised Daddy with a number of presents on Father’s Day, and helped to make our first family Father’s Day memorable indeed.

And so it’s with mixed feelings that we bid adieu to the sleepy town of Turangi. It’s been a great adventure, with lots of wonderful memories and a much-needed chance to get off the grid for a while, but we’re both looking forward to re-entering respectable society, catching up with those of you that we haven’t seen for a while, and planning our next great adventure. We’ll be back in Turangi in February for a different adventure with friends of ours from the US, but that will be only a week or so. Turangi is a great place, and if you’re ever in the area stop into the local shopping centre and try one of the delicious pork and watercress or lamb, mint and kumara pies available from the local bakeries – reason enough to return again and again.